The Top 17 Badass Computer Programmers Of All Time

These are the pioneers of programming all having created, evolved or improved upon the foundations of modern computer programming.

Selecting which software programmer is the absolute most influential is often a chicken and egg conundrum.

But newer programmers, such as Tim Berners-Lee, who created HTML, James Gosling, who created Java, or Rasmus Lerdorf, who created PHP, improved upon those early innovations to create bigger and better things.

Microsoft, co-founded by the famous Bill Gates, changed the world, as did Google, created by the team of Larry Page and Sergey Brin.

But is their influence on the tech world more important than that of the software language creators?

Are they among the greatest programmers of all time?

Who are the most famous computer programmers?

It’s a combination of each software programmer’s innovations that has brought us to where we are today.

The great thing about programming is that it’s always evolving and improving.

Until then, here is the list of the top 17 most badass computer programmers I put together.

He created the C programming language.

He also created the Unix Operating system along with his long-time colleague Ken Thompson.

Ritchie and Thompson received the Turing Award from the ACM in 1983, the Hamming Medal from the IEEE in 1990 and the National Medal of Technology from President Clinton in 1999.

He was the principal force behind the development of the Linux kernel that became the most popular kernel for operating systems.

He later became the chief architect of the Linux kernel and now acts as the project’s coordinator.

He is the author of the multi-volume work The Art of Computer Programming.

Knuth has been called the “father of the analysis of algorithms”.

He contributed to the development of the rigorous analysis of the computational complexity of algorithms and systematized formal mathematical techniques for it.

Kenneth “Ken” Thompson, commonly referred to as ken in hacker circles, is an American pioneer of computer science.

Having worked at Bell Labs for most of his career, Thompson designed and implemented the original Unix operating system.

Bjarne Stroustrup is a Danish computer scientist, most notable for the creation and development of the widely used C++ programming language.

He is a Distinguished Research Professor and holds the College of Engineering Chair in Computer Science at Texas A&M University, a visiting professor at Columbia University, and works at Morgan Stanley.

He made a proposal for an information management system in March 1989, and he implemented the first successful communication between a Hypertext Transfer Protocol client and server via the Internet sometime around mid-November of that same year.

Brian Wilson Kernighan is a Canadian computer scientist who worked at Bell Labs alongside Unix creators Ken Thompson and Dennis Ritchie and contributed to the development of Unix.

He is also coauthor of the AWK and AMPL programming languages.

Since 2000 Brian Kernighan has been a Professor at the Computer Science Department of Princeton University.

James Arthur Gosling, OC is a Canadian computer scientist, best known as the father of the Java programming language.

He is generally credited with having invented the Java programming language in 1994.

Gosling initially became known as the author of Gosling Emacs, and also invented the windowing system NeWS, which lost out to X Window because Sun did not give it an open source license.

He campaigns for software to be distributed in a manner such that its users receive the freedoms to use, study, distribute and modify that software.

Software that ensures these freedoms is termed free software.

He is best known for launching the GNU Project, founding the Free Software Foundation, developing the GNU Compiler Collection and GNU Emacs.

Guido van Rossum is a Dutch computer programmer who is best known as the author of the Python programming language.

In the Python community, Van Rossum is known as a “Benevolent Dictator For Life”, meaning that he continues to oversee the Python development process, making decisions where necessary.

He was employed by Google from 2005 until 7 December 2012, where he spent half his time developing the Python language.

John D. Carmack is an American game programmer and the co-founder of Id Software.

Carmack was the lead programmer of the Id video games Commander Keen, Wolfenstein 3D, Doom, Quake, Rage and their sequels.

Carmack is best known for his innovations in 3D graphics, such as his famous Carmack’s Reverse algorithm for shadow volumes, and is also a rocketry enthusiast and the founder and lead engineer of Armadillo Aerospace. 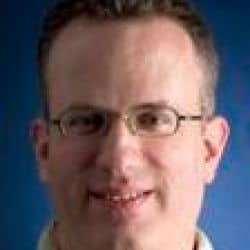 Brendan Eich is an American technologist and creator of the JavaScript programming language. 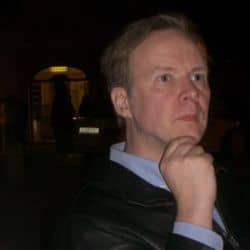 Ulf Michael Widenius is the main author of the original version of the open source MySQL database, a founding member of the MySQL AB company and is currently CTO of the MariaDB Foundation.

He was born in Osaka Prefecture, in western Honshū.

According to an interview conducted by Japan Inc., he was a self-taught programmer until the end of high school. He graduated with an information science degree from Tsukuba University.

Rasmus Lerdorf is a Greenlandic programmer with Canadian citizenship.

He created the PHP scripting language, authoring the first two versions of the language and participated in the development of later versions led by a group of developers including Jim Winstead, Stig Bakken, Shane Caraveo, Andi Gutmans and Zeev Suraski.

He continues to contribute to the project.

He was the original author of Turbo Pascal and the chief architect of Delphi.

He currently works for Microsoft as the lead architect of C# and core developer on TypeScript.

Dr. Stonebraker has been a pioneer of database research and technology for more than a quarter of a century.

These prototypes were developed at the University of California at Berkeley where Dr. Stonebraker was a professor of computer science for 25 years.

More recently at MIT., Dr. Stonebraker was a co-architect of the Aurora stream processing engine.

Do you have another influential programmer that I didn’t mention?

I’d love know that one too. Please mention them in the comments.